A stroke of genius

Tucked away into area four, the art room is like a second home for many artists throughout the school. Out of the numerous artworks produced here, only a fraction are selected for competitions and actually receive awards.

This year, four artists have been hard at work; drawing, painting, and sculpting artworks, all of which have received Gold Key Awards–the highest award applicable–within the Scholastic Art and Writing Competition of Nebraska.

This year, 52 art pieces were submitted from Bellevue West with only 21 being accepted into the competition. Schools from across Nebraska submit artwork which is then judged in Omaha. The highest scoring pieces later compete against other states’ artworks at the national competition in New York City.

According to art teacher Paula Yoachim, just being accepted into the Scholastic Art and Writing Competition is a feat.

“If you get into Scholastic, it’s a huge deal, because it’s hard to get in,” Yoachim said. “Especially our Gold Key winners, to have portfolios that get a Gold Key is really hard to do.”

Compared to last year’s virtual event, the competition was held in-person which allowed the artists to view their competitors’ work.

“Being able to go into this building and see the work from all these other students just in one place was really cool,” senior Sophia Goessling said. “To see your work versus everyone else’s it’s just really nice and refreshing.”

For her Gold Key piece, junior Hope Garcia used a mixture of charcoal pencils for her medium to deepen the value within her illustration. As for her art style, Garcia said she typically draws realistically, but incorporated surrealism designs into her piece.

“I like to have a more realistic style,” Garcia said, “I also do a lot of surrealism, a chicken in a dress, that’s not something you really see everyday.”

According to Garcia, the inspiration for her art piece came after she stumbled upon a dress online which she wanted to integrate into her artwork.

“I saw a cool picture of a dress, and I thought, “Whoa, I want to do something with this,”Garcia said.

As for the chicken, Garcia said it was something she thought up herself, along with the title of the piece. According to Garcia, the title was originally a joke, but later became a reality when her friend encouraged her to use it for her award winning artwork.

“Rats of Humanity” and “The Conductor” by Senior Ellie Hall

“The Rats of Humanity” is the title for senior Ellie Hall’s portfolio which consists of six art pieces, all centered around rats during the Victorian Era. “The Conductor,” one of those six pieces, was individually awarded a Gold Key along with the entire portfolio as a whole.

The portfolio consists of a variety of mediums including acrylic, oil, pen, ink, and ceramics. Hall said the inspiration for the portfolio came from art pieces that she completed over the summer, and for her overall love of rats.

“I really like rats in general,” Hall said. “There’s something about taking an animal like that and just putting it in like the nicest Victorian clothes I’ve ever seen that just satisfies a part of my brain so much that I did it six times.”

Looking back on her portfolio, Hall said she would have refined more of her artwork towards the end, but overall felt adamant about the pieces.

“I was rushing a bit at the end,” Hall said. “I do like ‘The Conductor.’ I spilled a bit of ink at one point and smeared it, but it’s pretty perfect.”

“For Opa” and “In Too Deep” by senior Emma Eicher

“This song has so many layers and textures that I wanted to create physically,” Eicher said. “It was meant to be a hands-on tactile piece that people could touch and feel while listening to the song.”

Eicher feels as if her art style is ever changing as she experiments with multiple mediums on her artwork.

“I love trying various styles for various mediums to get more experience and try to see if I’ll stick with them,” Eicher said.

The ceramic piece, “For Opa,” was another way Eicher experimented with numerous mediums. Instead of using glaze to paint and seal her ceramic, Eicher opted for using acrylic paint.

According to Eicher, her inspiration for this piece came from her late Opa.

“His personality and presence had a huge impact on my life that I continue to express through my art,” Eicher said.

“Catch of the Day,” “Nature’s Conflicted Relationships,” and “Take a Sip” by senior Sophia Goessling

Goessling said paint is her medium of choice as she has always felt a strong connection to it throughout her time as an artist.

“I just like painting in general,” Goessling said. “It’s just the thing that just seemed the easiest to me, and it just kind of drew me to it.”

According to Goessling, her overall inspiration for this portfolio was the relationship between humankind and nature.

“So lots of things I painted were either problems that I saw, within humanity and nature’s relationships, or things from my life,” Goessling said.

Reflecting back on her portfolio, Goessling said the only thing she would change is the speed at which she completes her artwork, but overall enjoyed the opportunity to create a portfolio.

“I am really proud of how I did and how far I’ve come along since like, especially just since freshman year, and like, just my skills in painting and art overall,” Goessling said. “I do think something I can work on is like the speed at which I get projects done, but overall, it was a good experience.” 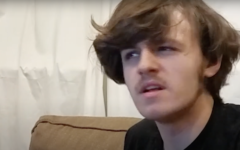 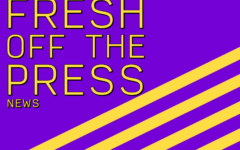 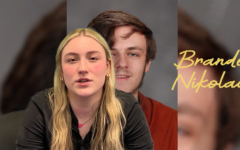 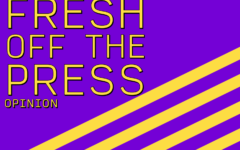 From the Archives: More than just a counselor 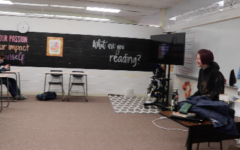 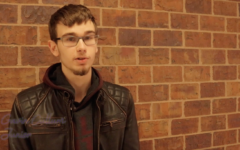 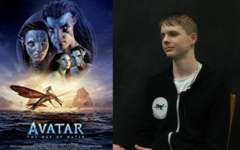 Students share their opinions on Oscar nominated film, “Avatar: The Way of Water”

The Thunderbeat • Copyright 2023 • FLEX WordPress Theme by SNO • Log in