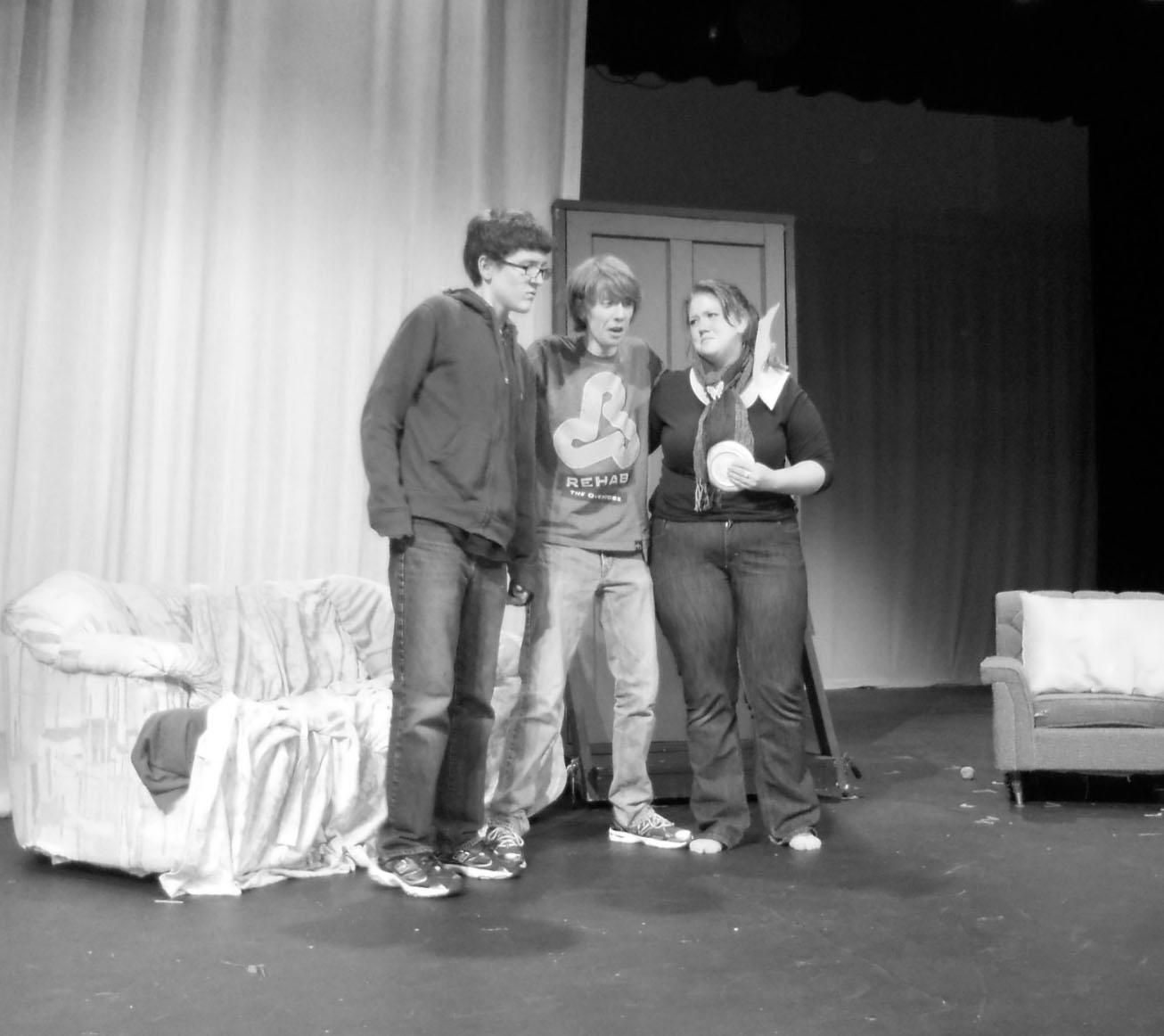 The actors played roles that were very well portrayed. There was the overachiever, the compulsive liar, the weird outsider, and the snotty rich kid. The parents were the typical strict dad, overly sensitive mom, and the embarrassing stuck in the 80’s parents.

All of their roles were a little exaggerated but that was what made them humorous. The play contained many small simple jokes funny enough to give people a good laugh.

While watching “Rumors of Polar Bears,” I was very confused and didn’t understand what was happening. The acting was good, the story just wasn’t clear. But the program explained the point that it was trying to make, and after reading that, the play made more sense.

It was set in the future, showing how the world is going to be if we continue to treat the world poorly. The title ties in because polar bears are endangered and in the future there will only be “Rumors of Polar Bears.” It was a clever way to try and persuade people to treat the earth better while at the same time giving them a show.

“This is a Test” went into the mind of someone on a test day. The main character, played by sophomore Marcel Daly, was the paranoid test taker who pulled an all-nighter studying for a test. The play was all about his thoughts that were running through his mind while taking the test. It was exaggerated, but enough to where it was funny.

The opening act was “The Audience Saves the Day,” written by senior Amanda Dunlap. This was the shortest out of all of them. The setting was in a theater and it seemed as though it was giving us the message of how to act and how to not act in a theater and during a performance. It was a clever way of explaining the rules to us in a laughable way.

Overall the performances and stories were entertaining, and it was worth seeing. Performances continue Friday, Nov. 2 and Saturday, Nov. 3 at 7 PM in the Bellevue West Auditorium.